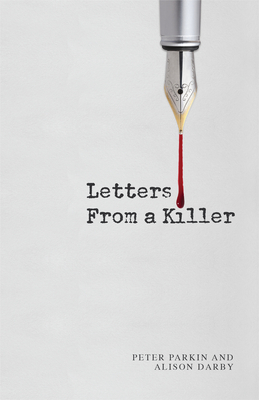 Letters from a Killer

Pulitzer Prize-winning journalist, Bradley Crawford, and his wife, Kristy, are vacationing on an island off the west coast of Canada. But, their dreamy little escape quickly turns into a nightmare.

When their ordeal is over, twenty letters from an infamous killer have changed hands, blazing a trail of cryptic clues that opens a Pandora’s Box.

Once that box is opened, it can’t be closed.

Bradley’s quest to win his third Pulitzer becomes an obsession, especially with a story that begins to take shape as the ‘scoop of the century.’

But, there are others who are also interested in the outcome of his story. The dogged pursuit of a ‘scoop’ by a journalist who just can’t quit leads to a cavalcade of events that will change lives forever.

Peter Parkin was born in Toronto, Ontario. After a thirty-four year career in the business world, Peter turned to writing. He has written six novels, the last four co-authored with Alison Darby (Serpentine). Peter lives near Calgary, Alberta and the Rocky Mountains.