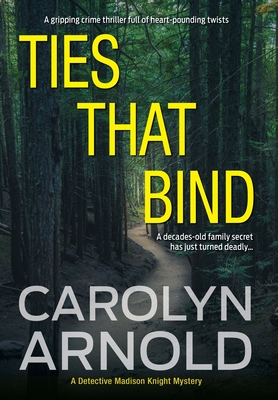 When Laura Saunders is found strangled in her home with a man's necktie, Detective Madison Knight is assigned the case. Her sergeant at the Stiles Police Department wants her to conclude it was an isolated incident and move on with the investigation, but Madison's not the type to cave under pressure. She's haunted by certain unexplainable clues at the crime scene, including the presence of a mysterious photograph. Madison believes the picture may somehow tie into the murder, but before she can dig into it, another woman's body is discovered in a local park. Heather Nguyen was also murdered with the same brand of necktie that had been used on Laura.

"Arnold has written one of the best female cops that I've ever read... Madison is just one of those characters that will stay with you." -Harlie's Books, ⭐⭐⭐⭐⭐

"A good detective story with lots of twists and turns and an unexpected ending." ⭐⭐⭐⭐⭐

"Brace yourself for the ending I didn't see that one coming." ⭐⭐⭐⭐⭐

"I loved Madison Knight and her sassy dialogue." ⭐⭐⭐⭐⭐

"Like watching an award-winning police drama in my mind." ⭐⭐⭐⭐⭐