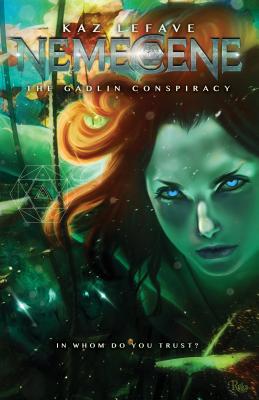 The city of Eadonberg rests at the edge of a precipice as a tide of vengeance rises from within. Amidst suspicions of Orwellian double-speak and doctored evidence, and driven by a knowing he cannot explain, Keeto leaves the cocoon of the archives to face the adventurer he aspires to be. If only his impatient twin sister, Elize, were able to slow the whispers in her mind from feeding the voices in her head, as their chatter tests her highland upbringing with each argumentative intrusion, time would surely bend in her favor. But the search continues ... and they are still looking. In this episode, the role of first narrator falls to Nepharisse, the soft-spoken sapphire-eyed redhead whose quiet dealings play to misguided expectations. No human can resist the sparkles that dance on the wings of her words, while she glides through time by the grace of her kind. The murders resurface. They spread to an unsettling new set of young victims, and, once again, the twins and their poke-happy dweeb-of-a-genius co-conspirator, Zafarian, are sleuthing. This time, however, they venture outside their bio-walled haven to uncover something much more personal. Nepharisse also has a few choice words about the shocking developments, as she gathers some facts of her own. Even as she questions her own value, she aspires to more than current constraints would impose upon her. But that is not her place. As new alliances are revealed, still others are suspected. A degenerative virus fuels distrust between cultures as the twins discover they aren't the only ones being hunted. While the government intensifies its secret campaign against the Gadlin underground with allegations of biological terrorism, Zafarian, the twins' half-Gadlin friend, questions his own loyalties. Could the Unification broadcasts be true? Humanity trades freedom for fear. Control passes to the very entities Keeto has vowed to hide Elize from, the ones who had caged their mother -- the Global Health Unit. What price would you pay for safety? A conspiracy is indeed growing, but by whom and towards whom may surprise you.

Kaz Lefave is a Toronto-based science fiction world builder who uses her multi-disciplinary design experience and overflowing imagination to craft compelling stories by connecting the dots between science, art, music, dance, fashion, words, spirit, nature, reason, humanity, darkness, humor, and a curious taste for the inexplicable. Kaz has a bachelor in Applied Science (engineering) from Queen's University, a fashion degree from the Richard Robinson Fashion Design Academy, certifications in personal training and hypnosis, a US Patent in user interface design, an IMBD credit as director of "White," facilitates for the Proctor Gallagher Institute Matrixx program, and has written extensively on environmental issues via WomanNotWaiting.com, LifeAsAHuman.com, and her philanthropy mission at Aguacene. She speaks English, French, Spanish, and has dabbled in German, Arabic, and Russian. Kaz also strives to be a recovering chocoholic, with limited success, and to look more and more like her standard poodle every day.
Loading...
or
Not Currently Available for Direct Purchase