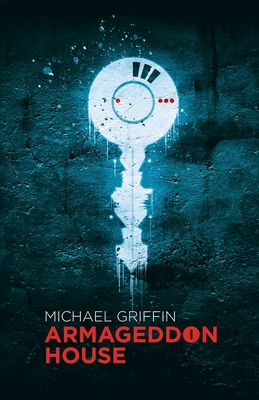 Utopia. Four people living together deep underground in a subterranean facility. All their needs provided for. Food, water, medicine. A swimming pool; a gym; a bar. Except none of them can recall exactly how they came to be there, or what they are supposed to do. Dystopia. Where are the others? There must have been others. It's a huge facility, after all. It must be some sort of experiment. They're test subjects. How long have they been there? When will they get out? How come there has been no outside contact? Utopia or dystopia. As the questions mount, so does the tension. Who will escape Armageddon House?

Michael Griffin's riveting new novella ARMAGEDDON HOUSE grabs you and doesn't let go. It will stay with you long after you've turned the last page. This is a haunted house of a different sort.

Michael Griffin's latest collection The Human Alchemy (Word Horde) was a 2018 Shirley Jackson Award finalist. Other books include a novel, Hieroglyphs of Blood and Bone (Journalstone, 2017) and his debut collection The Lure of Devouring Light (Word Horde, 2016). His stories have appeared in Black Static and Apex magazines, and the anthologies Looming Low, The Children of Old Leech and the Shirley Jackson Award winner The Grimscribe's Puppets.

He's also an ambient musician and founder of Hypnos Recordings, a record label he operates with his wife in Portland, Oregon. His blog is at griffinwords.com