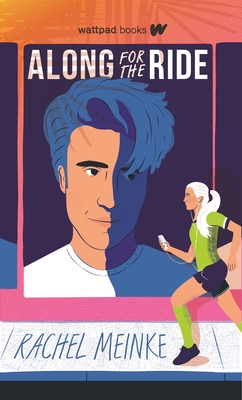 The worst summer of her life has one seriously hot perk . . .

These days, everything in Katelyn Jackson's life revolves around her pop star brother. His schedule, his tour, his fans—it's like Connor Jackson's become the centre of the universe. And this summer, it's going to get a lot worse. The entire family is going on tour, and Katelyn's now officially part of her brother's “entourage.” Un-freaking-believable. Good-bye soccer dreams, good-bye friends, good-bye any kind of life.

But Katelyn's not the only one going on tour with her brother. Her favourite band ever—Skyline—is on tour as well. Which includes lead singer Zach Matthews, whose deep, caramel eyes seem to make Katelyn's heart pound about a zillion beats a minute. Don't mind me, I'm just fangirling here. Only somewhere between the endless bus rides and cruddy room service food, there's some serious chemistry fizzing between Katelyn and Zach. And it feels a little too amazing to be real...

When Connor Jackson's reputation and career are threatened—and all of her soccer dreams are on the line—Katelyn's world suddenly feels like it's on the verge of collapse. And Katelyn must decide whether she's just Connor Jackson's kid sister, tagging along for the ride... or if she's finally ready to step into a spotlight of her own.

Rachel Meinke has been posting her stories on Wattpad since 2011, garnering over 300 millions reads, and several Watty Awards. When she isn’t writing, Rachel can be found at the beach, the closest amusement park, or at a used bookstore browsing the bookshelves to add to her ever growing collection. Rachel lives in Florida and is a graduate of the University of Central Florida, hoping to teach the young minds of the next generation. She can be found on Wattpad, Snapchat, Twitter, and Instagram at @knightsrachel.
Loading...
or support indie stores by buying on