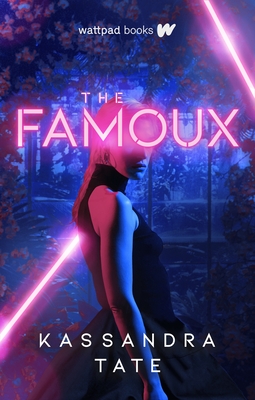 Fame can be deadly.

Out of the wreckage of environmental collapse, the country of Delicatum emerged. Its most popular celebrities are the Famoux, uniquely beautiful stars of a reality TV show called the Fishbowl. In a world still recovering from catastrophe, they provide a 24/7 distraction.


Sixteen-year-old Emilee Laurence is obsessed with the Famoux—they provide a refuge from her troubled home life and the bullies at school. When she receives an unimaginable offer to become a member herself, she takes it. Leaving behind everything she’s ever known, Emilee enters a world of high glamour and even higher stakes.


Because behind their perfect image lies an ugly truth—an anonymous stalker has been dictating the Famoux’s every move, and being popular really is a matter of life or death.

Kassandra Tate is named after a Greek prophetess who was cursed so that no one would listen to her. Kassandra believed this was a bad omen for most of her life until she discovered writing and began posting her stories on Wattpad (@famouxx) in 2015. Since then she has accumulated several millions of reads and when she isn’t writing novels, she can be found writing content for film and TV. Kassandra lives in LA with her sisters and beloved cats, of whom you can find an absurd amount of photos on her Instagram (@kassandra_tate) and Twitter (@notaaronsorkin).
Loading...
or support indie stores by buying on