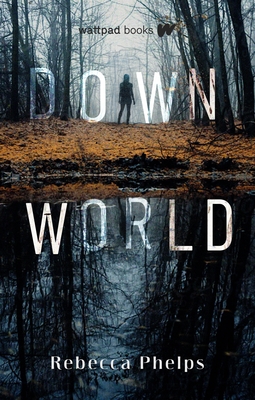 Would you destroy another world to save your own?


As the site of a former military base, there have always been rumors that East Township High School was the site of experiments with space and time. For years, students have whispered in the hallways of a doorway created within the school, one that can access multiple timelines and realities, a place known as the Down World.


As the new kid in school and still reeling from the unexplained death of her brother Robbie, Marina O'Connell is only interested in one thing: leaving the past behind. But a chance encounter with handsome Brady Picelli changes everything. He will lead Marina to a startling discovery. The Down World is real and the past, present, and future are falling out of balance.


Brady is determined to help Marina discover what really happened to her brother. However, what is taken from one world, must be repaid by another. And Marina is about to discover that even a realm of infinite possibilities has rules that must be obeyed.

Rebecca Phelps is an actress, screenwriter, and novelist based in Los Angeles. As an actress, she has appeared in films that premiered at Austin International Film Festival and the Toronto International Comedy Festival, and she was the joint recipient of the best ensemble award at the Breckenridge and Ashland Independent Film Festivals. As a writer, her screenplays have been finalists in Project Greenlight, Fade-In, and Austin International Film Festival, and her adaption of Mary Downing Hahn’s The Doll in the Garden (co-written with screenwriter husband Steffen Phelps) was optioned by Cole-Abbitt Productions. She is the co-creator of the website novel2screen.net which analyzes film and television adapted from other material and her debut novel, Down World, is the recipient of the Watty Award for Best Young Adult Fiction for 2019.
Loading...
or
Not Currently Available for Direct Purchase