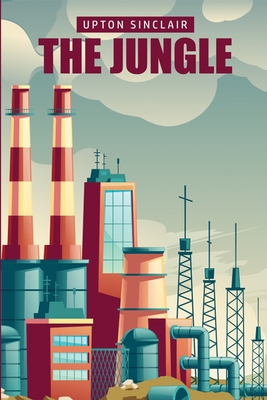 Do you want to read The Jungle? If so then keep reading...

The Jungle is a 1906 novel written by the American journalist and novelist Upton Sinclair (1878-1968). Sinclair wrote the novel to portray the lives of immigrants in the United States in Chicago and similar industrialized cities. Many readers were most concerned with his exposure of health violations and unsanitary practices in the American meatpacking industry during the early 20th century, based on an investigation he did for a socialist newspaper. The book depicts working-class poverty, the lack of social supports, harsh and unpleasant living and working conditions, and hopelessness among many workers. These elements are contrasted with the deeply rooted corruption of people in power. A review by the writer Jack London called it, "the Uncle Tom's Cabin of wage slavery." Sinclair was considered a muckraker, or journalist who exposed corruption in government and business. He first published the novel in serial form in 1905 in the Socialist newspaper, Appeal to Reason, between February 25, 1905, and November 4, 1905. In 1904, Sinclair had spent seven weeks gathering information while working incognito in the meatpacking plants of the Chicago stockyards for the newspaper. It was published as a book on February 26, 1906, by Doubleday and in a subscribers' edition.

What are you waiting for The Jungle is one click away, select the "Buy Now" button in the top right corner NOW