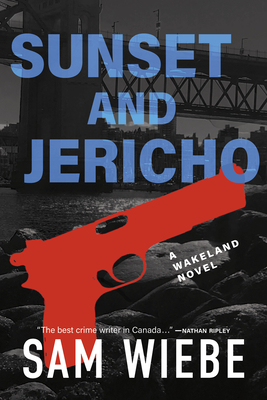 The fourth thrilling installment of the Wakeland detective series, exploring the depths of Vancouver's criminal underworld.

The mayor's brother is missing. A transit cop lies beaten and blinded, her service weapon stolen. A new series of graffiti tags are appearing, linked to an underground group calling themselves The Death of Kings. Class warfare has broken out on the streets of Vancouver, and PI Dave Wakeland finds himself on the front lines--but unsure which side he's on.

Reeling from a bad breakup, and increasingly alienated from the city he calls home, Wakeland nevertheless agrees to look for the missing gun. The investigation takes him from flophouses to city hall, and from a clinic in the West Vancouver hills to a mega-mansion in the exclusive British Properties neighborhood--along the way, crossing every ethical line the PI has drawn for himself. Even then, Wakeland may not be able to pull it off...