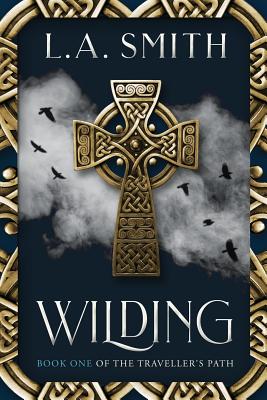 Book One of The Traveller's Path

A young man's shadowed destiny leads him to the past...and could change our world forever.

On Halloween eve, a frightening encounter with mysterious creatures transports twenty-year old Thomas McCadden to an unknown and ancient world--7thcentury Britain. How did he get there? What does he do now? The answers to these questions change his life forever, revealing secrets that have long been hidden, and a truth that he would rather not know. As he tries to survive this long-ago time, Thomas encounters the unknown and the otherworldly; an exiled warrior, holy men, tribal kings, and something far more sinister shadowing them all.

Is he a tool for the dark forces of this land? Or the liberator sent to save them all? His strange journey forces these and even more important questions: Can he make it back home? Does he even want to return?

Wildingis the first book of The Traveller's Path, a meticulously researched historical fantasy series set in Northumbria, AD 642. It introduces a long-ago world, and a young man whose choices could have disastrous ramifications for it--and ours.