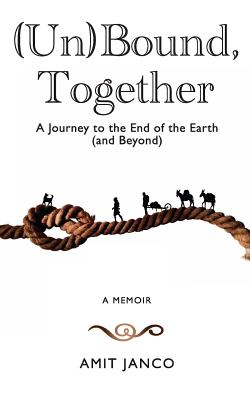 A Journey to the End of the Earth (and Beyond)

On the cusp of turning 50, and still rebounding from a dramatic and near-fatal tumble off a bridge, Amit Janco embarked on a walk across Spain, heading not only towards the end of the earth--but, hopefully, to regain a body freed of chronic pain. After the first week's happy adventure with a mutt in tow and two donkeys hauling her belongings, all hopes of a peaceful promenade dissolved when Amit's new schlepping companion gave her the cold shoulder.

With the company of a revolving cast of pilgrims and animals, Amit grappled with a sitting disability, ditched her hiking boots in favor of sandals, crossed paths with quirky characters, and discovered a human species unique to the Camino; the people she came to call Stagers. She developed an obsession with wild blackberries, fended off snoring pilgrims and was haunted by the story of a father who walked in mourning over his murdered daughter.

Desperate to distance herself from a dysfunctional tree-hugging pilgrim who had volunteered to carry her gear--but instead wreaked havoc on her serenity--Amit found herself unexpectedly wading through an interior landscape riddled with loose threads and long-buried secrets. But, thanks to the solace of nature, coupled with the comic relief and spiritual sustenance offered by a German social worker--who wove in and out of Amit's weeks'-long hike--her burden was ultimately lightened.

(Un)Bound, Together: A Journey to the End of the Earth (and Beyond) is a testament to healing as a continual process along a path of unpredictable hurdles and revelations.