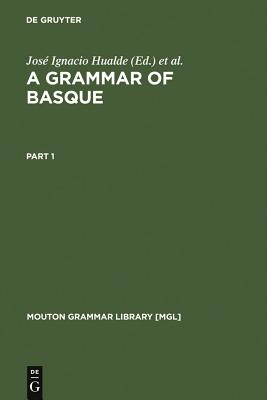 A Grammar of Basque (Hardcover)

As the only surviving pre-Indo-European language of western Europe, Basque has often attracted the interest of linguists. Whereas, traditionally, descriptive work on Basque has primarily focused on morphological features, including its complex system of verb-argument agreement and its strict ergative pattern of inflection, during the last two decades a new generation of Basque linguists has produced very sophisticated, theoretically-informed work on many aspects of the syntax, morphology and phonology of the language, revealing, for instance, a process of focalization with many interesting properties and the existence in some dialects of an accentual system strikingly similar to that of standard Japanese. The book, bringing together this accumulated knowledge on the structure of Basque, is considerably more complete than any other existing grammar of the language. Another interesting feature of this grammar is that the description is illustrated with fully-glossed examples extracted from a great number of written sources. Although the focus is the modern standard language, dialectal features are considered in detail and examples are taken from all dialects and periods.