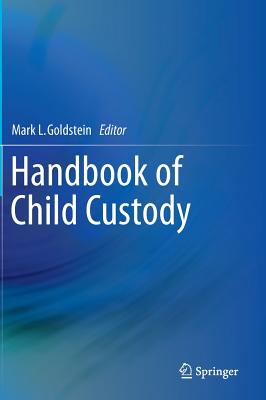 Mark L. Goldstein is a licensed clinical psychologist in Illinois since 1976. Dr. Goldstein received his Ph.D. from the University of Florida in 1976 and has been director of a group practice since 1981, with offices in Buffalo Grove, Northbrook and Hinsdale, Illinois. In addition to his private practice in child custody, child abuse, and other forensic evaluations, he provides counseling services to children, adolescents and families. He is also a consultant to several suburban school systems. In addition, he has served as a professor and/or adjunct professor at several institutions including the University of Illinois College of Medicine, Roosevelt University, the Illinois School of Professional Psychology, the Forest Institute of Professional Psychology and the Chicago School of Professional Psychology. Dr. Goldstein has conducted approximately 1200 custody evaluations and testified almost 100 times in Champaign, Cook, DuPage, Grundy, McHenry, Kane, Lake and Will counties, as well as in several other states. He is on the approved list of custody evaluators in a number of Chicago area counties. In addition, he served on the child custody committee of the Association of Family and Conciliation Courts, as well as the Psychology board of the American College of Forensic Examiners. He is also a diplomate of the Professional Academy of Custody Evaluators, and editorial board member of the American Journal of Forensic Psychology. He has presented numerous workshops, papers and lectures at both national and international conferences, and has several publications on child custody, particularly in the areas of relocation and parental alienation. Furthermore, Dr. Goldstein is the co-author of Chronic Disorders in Children and Adolescents (Springer, 2011) and Aging and Chronic Disorders (Springer, 2007). He is also co-editor of the Handbook of Forensic Sociology and Psychology (Springer, 2013).
or support indie stores by buying on
Copyright © 2020 American Booksellers Association