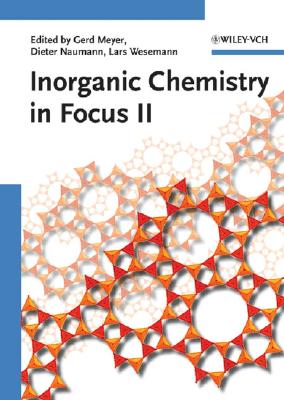 Written specifically for scientists seeking an insight into this field outside of their own specific area of focus, this series offers a truly comprehensive overview of every area in inorganic chemistry. In this second volume, the editors have assembled an international team of experts who provide an unparalleled look at their latest research results in:
reaction mechanisms
aluminum(I) chemistry
solid state chemistry
transition metals
structural chemistry
and many related topics. For everyone wanting to stay abreast of developments in this increasingly specialized field.