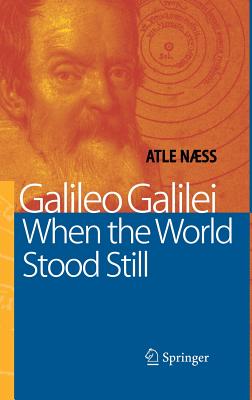 When the World Stood Still

"I, Galileo, son of the late Vincenzio Galilei, Florentine, aged seventy years ...kneeling before you Most Eminent and Reverend Lord Cardinals ...I abjure, curse, detest the aforesaid errors and heresies."

Galileo Galilei in Rome, 22 June 1633, before the men of the Inquisition. In the small village of Arcetri, on a wooded hillside just south of Florence, an old man sat writing his will. He had to make a journey to Rome and wanted to be prepared for every eventuality. If the plague did not get him on the road, the strain of travelling might finish him off; in addition he had been ill most of the autumn, with dizziness, stomach pains and a serious hernia. And even if he survived these difficulties, and the cold winter wind from the Apennines did not give him pneumonia, he had no idea what awaited him in Rome, only that his arrival was unlikely to be celebrated with a special mass.

The mathematician and physicist Galileo Galilei is one of the most famous scientists of all times. The story of his life and times, of his epoch-making experiments and discoveries, of his stubbornness and pride, of his patrons in the house of Medici, of his enemies and friends in their struggle for truth - all is brought vividly to life in this book. Atle N ]ss has written a gripping account of one of the great figures in European history.
He was awarded the Brage Prize, the most prestigious literary prize in Norway.