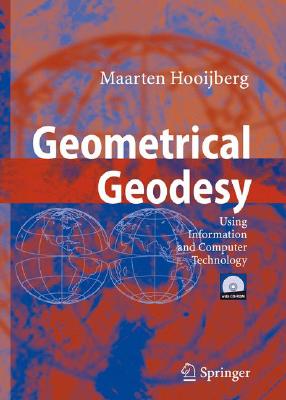 Surveying a Century Ago As it was based on the principles of geometry and trigonometry, surveying may be may be looked upon as a branch of practical mathematics. Hence, it was necessary that land surveyors and hydrographers should have a fair general knowledge, not only of these subjects, but also of all the subjects comprised by the term mathemat- ics. In addition, the knowledge of mathematics required in ordinary chain surveying and levelling was not very extensive but in geodetical work, the highest mathematical ability and great organising power were required for a proper conception and supervision of the operations (Threlfall, 1940). Only small area of a few hundred square kilometres can be accurately mapped and surveyed without a frame- work, since no difficulty is encountered because of Earth-curvature. In the past, especially in hydrography due to the type of work, surveying was carried out on the principles of ordinary practice, but in a very rough man- ner, rapidity of execution being of paramount importance, the permissible error was sometimes large. The relative positions of the main surface features were obtained by aid of portable instruments, such as sextants and lead lines, tide poles, and logships. Sketching, just like military surveying was often filling in the smaller detail. In contrary, survey works done by the national mapping agencies (NMAs) were of a higher-level, and comprised the delimitation of boundaries as well as topographical surveys.

Maarten Hooijberg studied Geodetic Engineering at the College of Advanced Technology, Utrecht, The Netherlands, and received his BSc degree in 1959. Since 1959 he has worked as a civil engineer, hydrographer and land surveyor in many countries throughout the world: Switzerland, United Kingdom, the rainforests of South-East Asia and South America, the swamps of West Africa, and the sands of the Arabian Peninsula. In 1970 Hooijberg joined the Royal Dutch Shell Group. From 1974 until 1986, he was the independent head of topographical services at Billiton International Metals in the Northern Hemisphere, and of Shell International Metals in the Southern Hemisphere. In 1986 he was appointed secretary of the office directorate of Shell International Petroleum Maatschappij in The Hague. In 1992 he retired from Royal Dutch Shell. Hooijberg has written many papers in the fields of hydrography and topography. This handbook has evolved through the author's 25 years of experience in advising and writing on geodetic methods.
Loading...
or
Not Currently Available for Direct Purchase