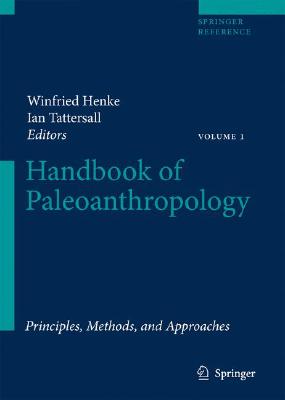 Paleoanthropology is perhaps the most multidisciplinary of all the sciences. Any complete account of the evolution and cultural and biological context of Homo sapiens must combine information from geology, paleoecology, primatology, evolutionary biology and a host of other fields. Above all, historical information needs to be combined with, and interpreted in the light of, what we know of the living world. Paleoanthropology is also an actively developing field in which much remains to be settled. The three volumes of this handbook bring together contributions by the worlds leading specialists that reflect the broad spectrum of modern paleoanthropology, thus presenting an indispensable resource for both professionals and students alike.

Volume 1 deals with principles, methods, and approaches. In recent years, enormous advances have been made in such areas as phylogenetic analysis, paleoecology and evolutionary theory and philosophy. The contributions in this first volume present the state of the art in these fields, provide succinct introductions to them and reflect the many ways in which they interact.

As human beings are primates, Volume 2 is devoted to primate origins, evolution, behaviour, and adaptive variety. Its emphasis is on integration of fossil data with the vast amount that is now known of the behaviour and ecology of living primates in natural environments.

Volume 3 deals with the fossil and molecular evidence for the evolution of Homo sapiens and its fossil relatives (the family Hominidae or subfamily Homininae, according to taste, a matter that we have left to the individual contributors).