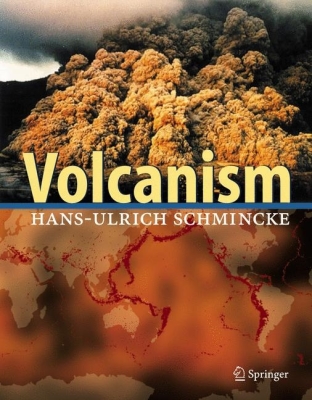 Volcanic eruptions are the clear and dramatic expression of dynamic processes in planet Earth. The author, one of the most profound specialists in the field of volcanology, explains in a concise and easy to understand manner the basics and most recent findings in the field. Based on over 300 color figures and the model of plate tectonics, the book offers insight into the generation of magmas and the occurrence and origin of volcanoes. The analysis and description of volcanic structures is followed by process oriented chapters discussing the role of magmatic gases as well as explosive mechanisms and sedimentation of volcanic material. The final chapters deal with the forecast of eruptions and their influence on climate. Students and scientists of a broad range of fields will use this book as an interesting and attractive source of information. Laypeople will find it a highly accessible and graphically beautiful way to acquire a state-of-the-art foundation in this fascinating field.

"Volcanism by Hans-Ulrich Schmincke has photos of the best quality I have ever seen in a text on the subject... In addition, the schematic figures in their wide range of styles are clear, colorful, and simplified to emphasize the most important factors while including all significant features...

"I have really enjoyed reading and rereading Schmincke's book. It fills a great gap in texts available for teaching any basic course in volcanology. No other book I know of has the depth and breadth of Volcanism...

I have shared Volcanism with my colleagues to their significant benefit, and I am more convinced of its value for a broad range of Earth and planetary scientists.

Undoubtedly, I will use Volcanism for my upcoming courses in volcanology. I will never hesitate to recommend it to others. Many geoscientists from very different subdisciplines will benefit from adding the book to their personal libraries. Schmincke has done us all a great service by undertaking the grueling task of writing the book - and it is much better that he alone wrote it." Stanley N. Williams, ASU Tempe, AZ (Physics Today, April 2005)

"Schmincke is a German volcanologist with an international reputation, and he has done us all a great favour because he sensibly channelled his fascination with volcanoes into writing this beautifully illustrated book... he] tackles the entire geological setting of volcanoes within the earth and the processes that form them... And, with more than 400 colour illustrations, including a huge number of really excellent new diagrams, cutaway models and maps, plus a rich glossary and references, this book is accessible to anyone with an interest in the subject." New Scientist (March 2004)

"The science of volcanology has made tremendous progress over the past 40 years, primarily because of technological advances and because each tragic eruption has led researchers to recognize the processes behind such serious hazards. Yet scientists are still learning a great deal because of photographs that either capture those processes in action or show us the critical factors left behind in the rock record.Volcanism by Hans-Ulrich Schmincke has photos of the best quality I have ever seen in a text on the subject. I found myself wishing that I had had the photo of Nicaragua's Masaya volcano, which was the subject of my dissertation, but it was Schmincke who was able to include it in his book. In addition, the schematic figures in their wide range of styles are clear, colorful, and simplified to emphasize the most important factors while including all significant features. The book's paper is of such high quality that at times I felt I had turned two pages rather than one.

I have really enjoyed reading and rereading Schmincke's book. It fills a great gap in texts available for teaching any basic course in volcanology. No other book I know of has the depth and breadth of Volcanism. I was disappointed that the text did not arrive on my desk until last August, when it was too late for me to choose it for my course in volcanology. I am also disappointed about another fact--the book's binding is already becoming tattered because of my intense use of it

Schmincke is a volcanologist who, in 1967, first published papers on sedimentary rocks of volcanic origin, the direction traveled by lava flows millions of years ago, and the structures preserved in explosive ignimbrites, or pumice-flow deposits, that reveal important details of their formation. Since then, his studies in Germany's Laacher See, the Canary Islands, the Troodos Ophiolite of Cyprus, and many other regions have forged great fundamental advances. Such contributions have been recognized with his receipt of several international awards and clearly give him a strong base for writing the book.

However, as a scientist who has focused on the challenges of monitoring the very diverse activities of volcanoes, I think that the text's overriding emphasis on the rock record has its cost. The group of scientists who are struggling with their goals to reduce or mitigate the hazards of the eruptions of tomorrow need to learn more about the options of technology, instrumentation, and methodology that are currently available. More than 500 million people live near the more than 1500 known active volcanoes and are constantly facing serious threats of eruptions. An extremely energetic earthquake caused the horrific tsunamis of 2004. However, the tsunamis of 1792, 1815, and 1883, which were caused by the eruptions of Japan's Unzen volcano and Indonesia's Tambora and Krakatau volcanoes, each took a similar toll. "