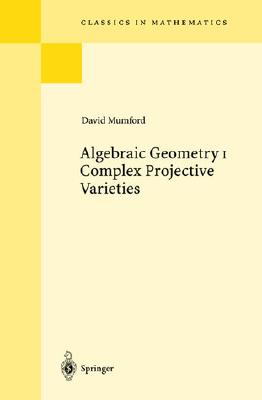 Let me begin with a little history. In the 20th century, algebraic geometry has gone through at least 3 distinct phases. In the period 1900-1930, largely under the leadership of the 3 Italians, Castelnuovo, Enriques and Severi, the subject grew immensely. In particular, what the late 19th century had done for curves, this period did for surfaces: a deep and systematic theory of surfaces was created. Moreover, the links between the "synthetic" or purely "algebro-geometric" techniques for studying surfaces, and the topological and analytic techniques were thoroughly explored. However the very diversity of tools available and the richness of the intuitively appealing geometric picture that was built up, led this school into short-cutting the fine details of all proofs and ignoring at times the time- consuming analysis of special cases (e. g., possibly degenerate configurations in a construction). This is the traditional difficulty of geometry, from High School Euclidean geometry on up. In the period 1930-1960, under the leadership of Zariski, Weil, and (towards the end) Grothendieck, an immense program was launched to introduce systematically the tools of commutative algebra into algebraic geometry and to find a common language in which to talk, for instance, of projective varieties over characteristic p fields as well as over the complex numbers. In fact, the goal, which really goes back to Kronecker, was to create a "geometry" incorporating at least formally arithmetic as well as projective geo- metry.

Biography of David Mumford David Mumford was born on June 11, 1937 in England and has been associated with Harvard University continuously from entering as freshman to his present position of Higgins Professor of Mathematics. Mumford worked in the fields of Algebraic Gemetry in the 60's and 70's, concentrating especially on the theory of moduli spaces: spaces which classify all objects of some type, such as all curves of a given genus or all vector bundles on a fixed curve of given rank and degree. Mumford was awarded the Fields Medal in 1974 for his work on moduli spaces and algebraic surfaces. He is presently working on the mathematics of pattern recognition and artificial intelligence.
Loading...
or support indie stores by buying on