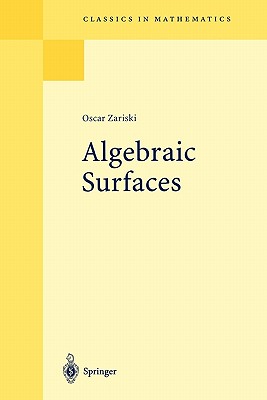 By Oscar Zariski, S. S. Abhyankar (Other), Jeffrey Lipman (Other)

The aim of the present monograph is to give a systematic exposition of the theory of algebraic surfaces emphasizing the interrelations between the various aspects of the theory: algebro-geometric, topological and transcendental. To achieve this aim, and still remain inside the limits of the allotted space, it was necessary to confine the exposition to topics which are absolutely fundamental. The present work therefore makes no claim to completeness, but it does, however, cover most of the central points of the theory. A presentation of the theory of surfaces, to be effective at all, must above all give the typical methods of proof used in the theory and their underlying ideas. It is especially true of algebraic geometry that in this domain the methods employed are at least as important as the results. The author has therefore avoided, as much as possible, purely formal accounts of results. The proofs given are of necessity condensed, for reasons of space, but no attempt has been made to condense them beyond the point of intelligibility. In many instances, due to exigencies of simplicity and rigor, the proofs given in the text differ, to a greater or less extent, from the proofs given in the original papers.

Biography of Oscar Zariski Oscar Zariski (24.4.1899-4.7.1986) was born in Kobryn, Poland, and studied at the universities of Kiev and Rome. He held positions at Rome University, John Hopkins University, the University of Illinois and from 1947 at Harvard University. Zariski's main fields of activity were in algebraic geometry, algebra, algebraic function theory and topology. His most influential results bear on algebraic surfaces, the resolution of singularities and the foundations of algebraic geometry over arbitrary fields.
or
Buy Here
Copyright © 2020 American Booksellers Association