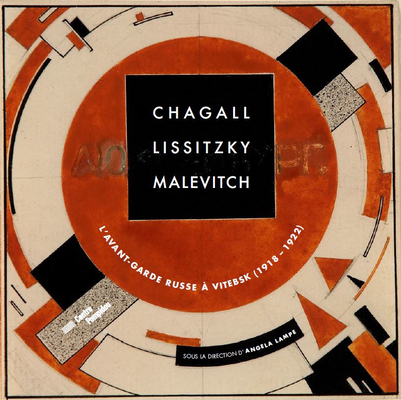 This groundbreaking book explores the Russian avant-garde during the early post-revolutionary years of 1918-1922 and brings together the works of three of its most influential artists.

When Marc Chagall took over the People's School of Art in his hometown of Vitebsk in 1919, he had already established himself as an avant-garde artist. For the next few years, Chagall established the once-sleepy Belarusian town as a hub of revolutionary art making. Along with Kazimir Malevitch and El Lissitzky, Chagall presided over a flowering of creativity and artistic energy that became a focal point of Russian modernism. This volume features 250 works and documentary items from Vitebsk, bringing to life a little-known chapter in the history of art. Every aspect of this brief but decisive period is examined here, from Chagall's notion of proletariat art to the birth of the UNOVIS group and its trailblazing expositions. Correspondence among Chagall, Malevitch, and Lissitzky are featured alongside important works from all three artists as well as art from their colleagues and students. The result is a multifaceted portrait of a unique collaboration that forged a new path for artistic expression which extended far beyond the boundaries of Vitebsk.

ANGELA LAMPE is Curator at the Centre Pompidou in Paris, France.
Loading...
or
Not Currently Available for Direct Purchase