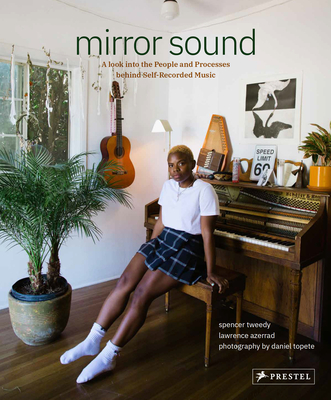 The People and Processes Behind Self-Recorded Music

A visual portrait that delves into the people and processes behind self-recorded music, featuring some of the biggest names in music today.

Everywhere you look, musicians are creating, recording, and selling their music without the help of big-name studios, producers, or labels. This book offers tangible--and visually stunning--proof that self-recording is a path to artistic freedom. Each chapter takes on a specific aspect of self-recording through original interviews with musicians and all new photography, revealing the joys and complications of recording music on one's own terms. You'll learn how some of your favorite musicians charted their path to self-recording and how they use emerging technologies to make exceptional music. The book features intimate shots of artists recording in living rooms, backyards, and garages--such as Eleanor Friedberger, Mac DeMarco, Vagabon, Tune-Yards, Yuka Honda, and more. The first book devoted entirely to the practice of self-recording, Mirror Sound charts a way forward for any musician who aspires to make their own music and those who just love to listen.

SPENCER TWEEDY, a musician and writer from Chicago, has collaborated on albums by Mavis Staples, Norah Jones, and Beck with his father, Wilco frontman Jeff Tweedy.

LAWRENCE AZERRAD, a Los Angeles-based graphic designer, has created album art for bands including Wilco and The Red Hot Chili Peppers. Azerrad is also the author of Supersonic: The Design and Lifestyle of Concorde (Prestel).

CARRIE BROWNSTEIN, the co-founder of American indie rock band Sleater-Kinney, as well as a creator and co-star of the television show Portlandia, is the author of Hunger Makes Me a Modern Girl: A Memoir.