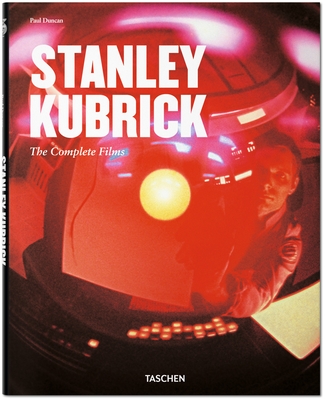 Past, present, future: the world through Kubrick's eyes: The incomparable career of a cinematic genius One of the most esteemed filmmakers of all time, Stanley Kubrick (1928-1999) was also one of the most enigmatic. He broke into the film scene at the age of 26 with the ambitious, independently produced Killer's Kiss and within a few years was working with the likes of Kirk Douglas, Laurence Olivier, and Peter Sellers on seminal movies such as Lolita and Spartacus. Having gained the support of actors, producers, and movie studios with his early efforts, Kubrick garnered the creative control he needed to produce uncompromising masterpieces such as 2001: A Space Odyssey, Clockwork Orange, and Barry Lyndon. Polishing off 1999's Eyes Wide Shut just before his untimely death, Stanley Kubrick left behind a puzzling and positively brilliant body of work.

Paul Duncan has edited 50 film books for TASCHEN, including the award-winning "The Ingmar Bergman Archives," and authored "Alfred Hitchcock" and "Stanley Kubrick" in the Film Series.
or
Not Currently Available for Direct Purchase
Copyright © 2020 American Booksellers Association