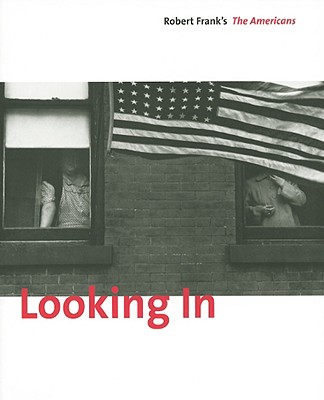 First published in France in 1958, then in the United States in 1959, Robert Frank's The Americans changed the course of twentieth-century photography. In 83 photographs, Frank looked beneath the surface of American life to reveal a people plagued by racism, ill-served by their politicians and rendered numb by a rapidly expanding culture of consumption. Yet he also found novel areas of beauty in simple, overlooked corners of American life. And it was not just his subject matter--cars, jukeboxes and even the road itself--that redefined the icons of America; it was also his seemingly intuitive, immediate, off-kilter style, as well as his method of brilliantly linking his photographs together thematically, conceptually, formally and linguistically, that made The Americans so innovative. More of an ode or a poem than a literal document, the book is as powerful and provocative today as it was 50 years ago.
Published to accompany a major exhibition at the National Gallery of Art, the San Francisco Museum of Modern Art and the Metropolitan Museum of Art, Looking In: Robert Frank's "The Americans" celebrates the fiftieth anniversary of this prescient book. Drawing on newly examined archival sources, it provides a fascinating in-depth examination of the making of the photographs and the book's construction, using vintage contact sheets, work prints and letters that literally chart Frank's journey around the country on a Guggenheim grant in 1955-1956. Curator and editor Sarah Greenough and her colleagues also explore the roots of The Americans in Frank's earlier books, which are abundantly illustrated here, and in books by photographers Walker Evans, Bill Brandt and others. The 83 original photographs from The Americans are presented in sequence in as near vintage prints as possible. The catalogue concludes with an examination of Frank's later reinterpretations and deconstructions of The Americans, bringing full circle the history of this resounding entry in the annals of photography.
This richly illustrated paperback edition of Looking In: Robert Frank's "The Americans" contains several engaging essays by curator Sarah Greenough that explore the roots of this seminal book, Frank's travels on a Guggenheim fellowship, the sequencing of The Americans and the book's impact on his later career. In addition, essays by Anne Wilkes Tucker, Stuart Alexander, Martin Gasser, Jeff L. Rosenheim, Michel Frizot and Luc Sante offer focused analyses of Frank's relationship with Louis Faurer, Edward Steichen, Gotthard Schuh, Walker Evans, Robert Delpire and Jack Kerouac, while Philip Brookman writes about his work with Frank on several exhibitions in the last 30 years. This paperback edition also reproduces many of Frank's earlier photographic sequences, as well as all of the photographs in The Americans and selected later works.