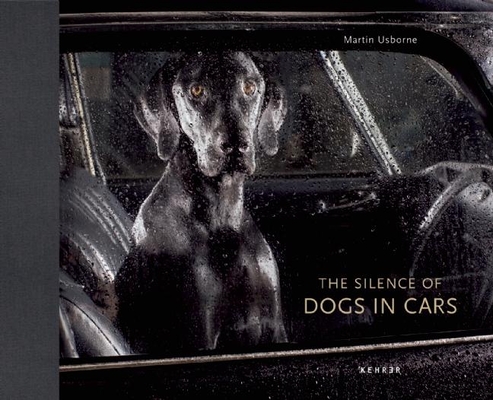 The Silence of Dogs in Cars

Martin Usborne's photo series consists of over forty-five images of dogs gazing silently through car windows, often in the dead of night. The images, which are staged and highly cinematic, evoke a mood of loneliness and longing. They are not so much portraits of dogs as studies in separation: on one level referring to the separation between humans and (other) animals but on another the separation within ourselves, between our everyday selves and the rawer (more animal) parts that we keep locked away. The photographs draw on the work of Edward Hopper and Gregory Crewdson.

Martin Usborne (b. 1973 in London) is a fine art photographer who focuses his work mainly on portraits, both human and animal. He strives to make his work poignant but also a little playful. He has published two books, I've lived in Hoxton for 81 1/2 years (2009) and My name is Moose: modern life through a dog's eyes(2011). The Silence of Dogs in Cars has been shown in solo exhibitions in London and Los Angeles as well as on various art blogs and in magazines around the world, e. g. The New Yorker Photo Booth, Time Light Box, Burn Magazine, foto8, BBC Viewfinder, The Guardian, The Independent, British Journal of Photography, Das Magazin. Susan McHugh teaches courses in writing, literary theory, and animal studies. She is the author of Animal Stories: Narrating across Species Lines, in the University of Minnesota Press's Posthumanities series, as well as Dog, in Reaktion Books' Animal series.
Loading...
or
Not Currently Available for Direct Purchase