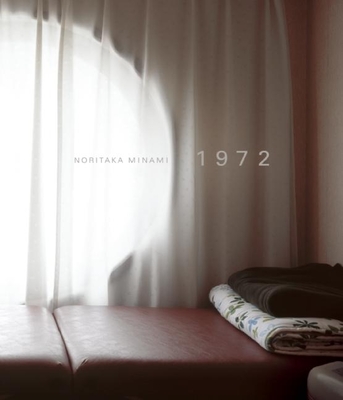 Completed in the year 1972, Kisho Kurokawa's Nakagin Capsule Tower is one of the few visionary proposals realized by an avant-garde architectural movement called Metabolism. An experimental apartment complex designed with 140 removable capsules, this building in Tokyo embodies the future of urban living as envisioned by Kurokawa at that moment in postwar Japan. In recent years, the building has faced the threat of demolition to make way for a more conventional structure.

In this first monograph about the building, Noritaka Minami uses photography to document the current state of individual capsules as a response to their potential disappearance.

Noritaka Minami is an artist based in Boston and Los Angeles. He graduated from the University of California, Berkeley in 2004 where he studied Art Practice and Asian American Studies. In 2011, he completed a M.F.A. in Studio Art at the University of California, Irvine with an emphasis in the Visual Studies Program. Minami is interested in applying the medium of photography as a means of investigating history and memory associated with sites. Minami has taught photography at UC Berkeley and UC Irvine. He currently works as a Teaching Assistant in Photography at the Department of Visual and Environmental Studies at Harvard University. Julian Rose grew up in Colorado and New York City. He received his Masters of Architecture from Princeton University where he was awarded the School of Architecture History and Theory Prize. Prior to attending Princeton he earned his BA from Harvard University in Art and Architectural History. He has worked for AMO on Rem Koolhaas's proposal for the State Hermitage Museum in Saint Petersburg, Russia, and for the American firm LTL Architects on various buildings, installations, and exhibition designs, including projects sited at Lincoln Center and the Architectural League of New York. Rose's writing on both art and architecture has been published internationally in such publications as Domus, Log, and Artforum. Ken Yoshida is Assistant Professor and JAG member, Global Arts Studies Program, UC Merced University of California. His research interests are Contemporary Japanese art and criticism, Avant-garde art, Poststructuralism, Posthumanism, Ecology and aesthetics, and Design.
Loading...
or support indie stores by buying on