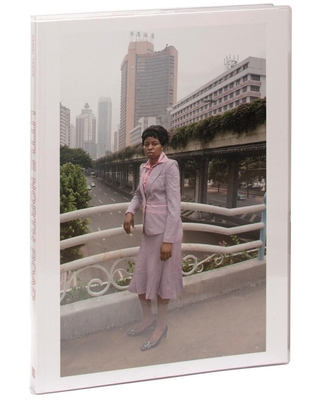 Little North Road is a photographic collaboration that looks at a pedestrian bridge in the middle of Guangzhou. The bridge serves as a symbolic gateway into China from Africa. At the heart of this book is a selection of images collected from two Chinese itinerant portrait photographers, Wu Yong Fu and Zeng Xian Fang. Equipped with digital cameras, they have made a living making portraits for Africans who wanted a memento of their time in China. Daniel Traub's photographs explore the broader dynamics of the area and provide a context through which to look at the work of Wu and Zeng.
As China's power and reach have grown, it has become a new center of gravity pulling people from remote lands. Guangzhou has become a magnet for Africans and other groups who have come in search of opportunity and to trade in the goods produced in the Pearl River Delta. Recent developments, however, call into question whether this cosmopolitanism is an inevitable part of China's future or a moment that has already passed.

Robert Pledge was born in 1942 in London, UK and moved to, France at the age of ten. A student of West African languages and anthropology, he found his way into journalism as a specialist in African affairs.

Daniel Traub (b. 1971) is a Brooklyn based photographer and filmmaker. Since 1999, he has been engaged with long term photographic projects in China. Traub's photographs have been exhibited internationally, including solo exhibitions at the Catherine Edelman Gallery in Chicago and the Print Center in Philadelphia, and are in public and private collections, such as the Margulies Collection at the Warehouse and the San Francisco Museum of Modern Art. His work has appeared in publications including Aperture, European Photography and The New York Times Magazine. His first monograph, North Philadelphia, was published in 2014 by Kehrer Verlag.