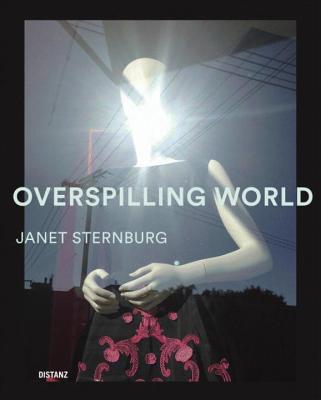 Can a still photograph embody living perception? Can it contain its abundance? Can photography, which is not a time-based medium, render ongoing flow? Can it do justice to this notion of an over-spilling world? To these questions, photographer Janet Sternburg (b. Boston, 1943; lives and works in Los Angeles and San Miguel de Allende, Mexico), a writer and philosopher as well as a photographer, says yes. Her work proves that photography can register the living perception that is our experience. Working without any optical or digital manipulation, and using the simplest of technical means–disposable and early iPhone cameras–she draws together the manifold aspects of the world on a single plane, portraying a vision of interpenetrating and layered time and space. "Overspilling World" is Janet Sternburg’s first monograph. With texts by Sternburg, art historian Pepe Karmel, photographer Catherine Opie, curator Alexandra von Stosch, and filmmaker-photographer Wim Wenders.

"Overspilling World collects the photographs of Janet Sternburg, poet, playwright, documentary filmmaker and producer, and memoirist. What is striking about Sternburg’s work, is not that she does all these different disciplines so well, but rather that she brings the same intellectual curiosity and deeply-felt artistic sensibility to each."

-Forbes
"Overspilling World may be a book that will draw you in with its strangeness to the point that you’ll want to buy it. I confess that I have spent more time with it than this review begins to reveal."