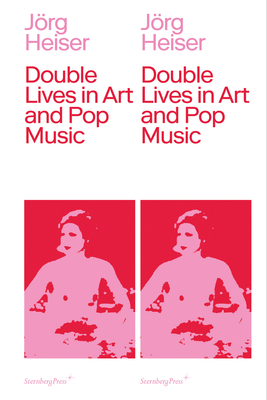 Exploring the relationship between art and pop music over the last fifty years.

Why did Andy Warhol decide to enter the music business by producing the Velvet Underground, and what did the band expect to gain in return? What made Yoko Ono use the skills she developed in the artistic avant-garde in pop music, and what drew John Lennon, in turn, to visual art? Why, in 1982, did Joseph Beuys record the pop single "Sonne statt Reagan," and why, around the same time did, West German artists such as Michaela Meli n move into pop music?

In Double Lives in Art and Pop Music, J rg Heiser argues that context shifting between art and pop music is an attempt to find solutions for contradictions faced in one field of cultural production. Heiser looks closely at the careers of artists and pop musicians who work in both fields professionally. The seeming acceptance and effortlessness today of current border crossings can be deceptive, since they might be serving vested economic or ideological interests. Exploring a pop and art history of more than fifty years, Heiser shows that those leading double lives in art and pop music may often be best able to detect these vested interests while he points toward radical alternatives.