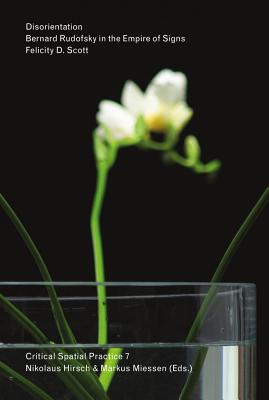 Bernard Rudofsky in the Empire of Signs

Viennese migr architect Bernard Rudofsky (1905-1988) is most frequently recalled for curating "Architecture without Architects," the famous 1964 photography exhibition of vernacular, preindustrial structures at the Museum of Modern Art in New York. Far from simply a romantic or nostalgic invocation of cultures lost to industrial modernity, Rudofsky's exhibition drew on decades of speculations about modern architecture and urbanism, particularly their semantic, technological, institutional, commercial, and geopolitical influences.

Focusing on Rudofsky's encounters with Japan in the 1950s--he described postwar Japan as a "rear-view mirror" of the American way of life--architectural historian Felicity D. Scott revisits the architect's readings of the vernacular both in the United States and Japan, which resonate with his attempts to imagine architecture and cities that refused to communicate in a normative sense. In a contemporary world saturated with visual information, Rudofsky's unconventional musings take on a heightened resonance.