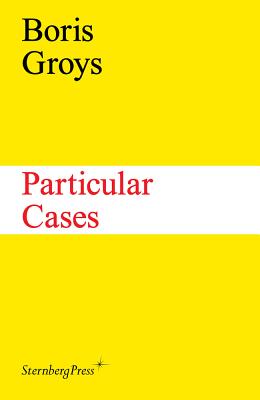 This collection of essays does not aim to illustrate a prefabricated theory of art, but rather follows the impulses given by artworks themselves. Philosopher and art critic Boris Groys writes about significant works and artists over the last century that have pushed his thinking in new directions. His compelling arguments do not try to replace the singular content or message of an artwork. Instead, his writings are inspired by art as a mind-changing practice--as if contemporary artists, completely secularized, can still produce a kind of conversion within the spectator. Particular Cases is an original exploration of pivotal concerns related to the development of contemporary art--originality and repetition, the valuation of artworks, materiality and production, historical and personal archives, and the language of power.