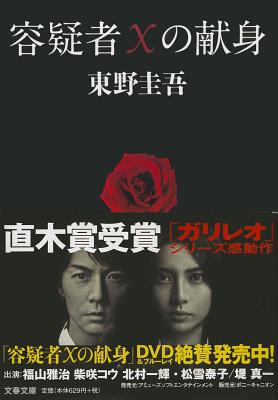 Winner of the 134th Naoki Award prize. Mystery romance. A high school teacher and a mathematics genius was an eccentric until he fell in love with a woman, and began to plot a perfect crime. The English translation is titled "The Devotion of Suspect X," translated by Alexander O. Smith, released 2/1/2011. The book is reviewed by Tom Nolan on the 1/28/2011 Wall Street Journal. In Japanese. Distributed by Tsai Fong Books, Inc.