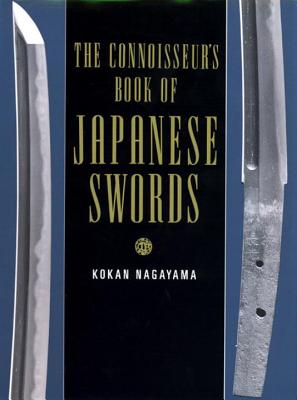 Recently Japanese swords have gained enormous popularity as art objects with collectors and enthusiasts around the world, but until now much of the most detailed information on the subject has been available only in Japanese. This comprehensive guide to the appreciation and appraisal of the blades of Japanese swords provides, at last, all the background that readers need to become true connoisseurs. The book is organized along historical lines for the sake of clarity and convenience, and its approach is always practical. Broad discussions of each tradition within the Gokaden focus on the features that distinguish specific schools and smiths-the various kinds of jihada, hamon, boshi, and hataraki favored in different periods and regions-making this an invaluable reference tool for all enthusiasts, especially those who wish to take part in kantei-kai, or sword appreciation meetings. Each section closes with an easy reference chart summarizing the distinctive features of the work of various schools and smiths. The chapter on terminology gives advice on what to look for when examining the different parts of a blade, again making reference to the unique features of particularly significant smiths. The chapter on care and appraisal of blades tells precisely how to handle blades and what to expect at a sword appraisal meeting, including an explanation of all the various responses that a judge may give in response to a bid. Richly illustrated throughout with more than 550 of the author's own painstaking oshigata illustrations-sword tracings onto which details are penciled in by hand-The Connoisseur's Book of Japanese Swords is easily the most informative and comprehensive guide to the blades of Japanese swords ever to appear in English. Kokan Nagayama, who is widely recognized as one of the foremost living sword polishers, compiled the notes for this book over the course of many years spent teaching the arts of polishing and appraisal. Nagayama-sensei is widely recognized as one of the foremost living sword polishers and is a veteran teacher of both polishing and appraisal. Here in one accessible volume he distills the store of knowledge he has gained over a lifetime of intensive research. "Nagayama-sensei and his senior pupils have for many years now taken an enlightened approach to study of Japanese swords outside of Japan. They have been of great assistance to collectors here in Great Britain and in other countries, traveling and living abroad, organizing exhibitions, teaching us and polishing our swords, always in an altruistic spirit. This translation is another example of this same approach. In the past we have often struggled on our own or in small groups to gain an understanding of this peculiarly Japanese cultural asset, and with many of the definitive books on the subject still untranslated, a wealth of information has in the past been inaccessible to the non-Japanese reader. The Connoisseur's Book of Japanese Swords will be of great help in making educated judgments at kantei sessions, and will be an invaluable and constant reference work."
-From the Foreword by Clive Sinclaire
Chairman of the Token Society of Great Britain.

KOKAN NAGAYAMA is one of the great contemporary sword polishers. He has been designated a mukansa ("without supervision") polisher, a level above the regular sword-polisher ranking system. He is a judge of both the sword polishing and swordsmithing competitions of the Nihon Bijutsu Token Hozon Kyokai or NBTHK (Society for the Preservation of Japanese Art Swords), for which organization he serves as an instructor of sword polishing. In 1967 in Kanagawa Prefecture he founded the Nagayama Kenshujo (Nagayama Japanese Sword-polishing Institute), where he taught the art of polishing to both polishers and smiths for twenty years. He has organized several token-kai (sword study groups) and instructed hundreds of sword enthusiasts. KENJI MISHINA, the translator, is a sword polisher who served as chief instructor at the Nagayama Kenshujo for seven years beginning in 1979. He has been authorized by the Japanese government to restore swords designated as kokuho (national treasures) and juyo bunkazai (important cultural assets). He has been awarded numerous prizes in the sword polishing competitions of the NBTHK. He lived in England for six years beginning in 1986, where he worked for the British Museum, lectured at the monthly meetings of the Token Society of Great Britain, and received a request from the British royal family to polish its sword collection. He is currently writing a series of articles on the Japanese sword for this site. He is the translator of The New Generation of Japanese Swordsmiths.
or
Not Currently Available for Direct Purchase
Copyright © 2020 American Booksellers Association