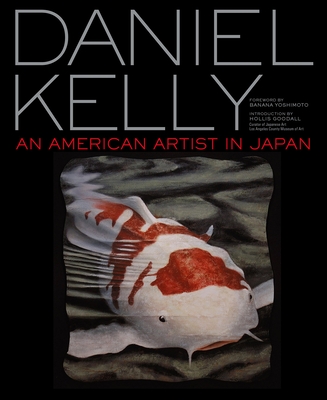 An American Artist in Japan

Daniel Kelly has won worldwide renown for his printmaking and his striking, large-scale paintings, many of which are included in the collections of major institutions in the U.S: MoMA, New York; the Metropolitan Museum of Art, New York; the Brooklyn Museum; The New York Public Library; Portland Art Museum; Cincinnati Art Museum; the Los Angeles County Museum of Art; the Smithsonian American Art Museum; and The Cleveland Museum of Art. Now, the work of this remarkable American artist is showcased in a comprehensive, lavish volume.


Kelly's work is distinguished by a unique style that incorporates both Western and Japanese materials and techniques, and by a unique viewpoint: he is an American who has lived in Kyoto for more than thirty years, and his work conveys images of Japan through the eyes of a Westerner.


This book catalogues Kelly's work from 1977 to the present. The volume is divided into three main parts: Painting shows 44 color plates of his most outstanding paintings; Printmaking shows 42 color plates of a selection of the best of his prints, including many of the pieces that have been bought by leading art institutions across the United States and around the world. The third and final part of the book is the Print Catalogue Raisonné, a comprehensive, illustrated catalogue of all his editioned prints from 1977 to 2009.


The book carries a short foreword and appreciation by world-famous Japanese novelist Banana Yoshimoto, and a critical introduction to Kelly's work by Hollis Goodall, curator of Japanese art at the Los Angeles County Museum of Art.

Daniel Kelly was born in Idaho. He studied painting with Mort Levin in San Francisco and woodblock printing from Tomikichiro Tokuriki in Kyoto. He has had numerous solo exhibitions in Japan and the U.S., and has also been represented in the biannual exhibition of prints at the Brooklyn Museum. The Metropolitan Museum of Art, New York, continues to publish the popular children's book, Museum ABC, featuring his work among others from the museum collection.
Loading...
or
Not Currently Available for Direct Purchase