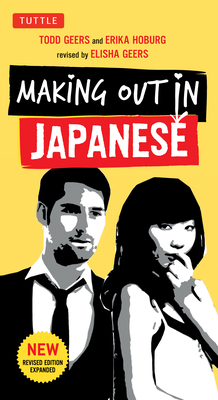 Making Out in Japanese (Paperback)

Original edition by Todd and Erika Geers. Todd Geers is a graduate in Japanese studies from the University of Maryland and met his wife, Erika, in 1984 in Yokohama, Japan. He conceived the idea for a book on colloquial Japanese when he realized that what he was studying in his textbooks wasnAEt what he heard being spoken around him.

Revised by Glen McCabe, a Ph.D. student in Japanese at the University of Canterbury, New Zealand, with additional assistance from several young native speakers of Japanese.
or
Buy Here
Copyright © 2020 American Booksellers Association