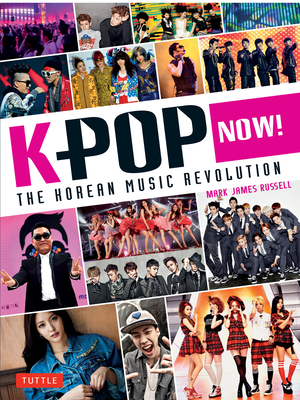 K-Pop Now ...] features one hundred and twenty-eight glossy pages of Korean pop eye-candy. --KpopStarz.com K-Pop Now takes a fun look at Korea's high-energy pop music, and is written for its growing legions of fans. It features all the famous groups and singers and takes an insider's look at how they have made it to the top. In 2012, Psy's song and music video Gangnam Style suddenly took the world by storm. But K-Pop, the music of Psy's homeland of Korea has been winning fans for years with its infectious melodies and high-energy fun. Featuring incredibly attractive and talented singers and eye-popping visuals, K-Pop is the music of now. Though K-Pop is a relatively young phenomenon in the West, it is rapidly gaining traction and reaching much larger audiences--thanks in large part to social media like Facebook, YouTube and Twitter. Top K-Pop acts get ten million to thirty million hits for their videos--the Girls Generation single Gee has over a hundred million views In K-Pop Now you'll find:
You'll meet the biggest record producers, the hosts of the insanely popular Eat Your Kimchi website, and K-Pop groups like Big Bang, TVXQ, 2NE1, Girls Generation, HOT, SES, FinKL Busker Busker and The Koxx. The book also includes a guide for fans who plan to visit Seoul to explore K-Pop up close and personal. Join the K-Pop revolution now

Mark James Russell has been living in Korea since 1996, covering Korean pop culture for such publications as the New York Times, Billboard, and Newsweek. His 2008 book, Pop Goes Korea, looked at how Korea became a pop culture powerhouse
Loading...
or support indie stores by buying on