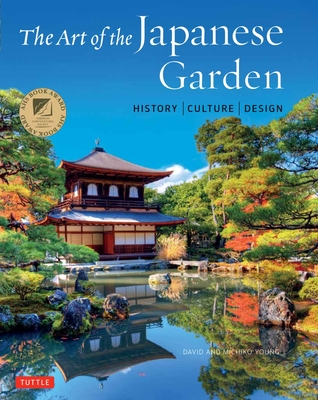 The Art of the Japanese Garden

**Winner of the American Horticultural Society Book Award** Japanese gardens are rooted in two traditions: an ancient one in which patches of graveled forest or pebbled beach were dedicated to nature spirits, and a tradition from China and Korea that included elements such as ponds, streams, waterfalls, rock compositions, and a variety of vegetation. This book traces the development and blending of these two traditions, while also providing insight into modern Japanese gardening trends. The Art of the Japanese Garden is a comprehensive collection of the most notable gardens in Japan--including graveled courtyards, early aristocratic villas, palace gardens, esoteric and paradise gardens, Zen gardens, warrior gardens, tea gardens, and stroll gardens. With an impressive amount of new content, including more than 30 images, this updated edition offers inspiring ideas for your own trip to Japan. If you're just dreaming of traveling to Japan, there is also a section on Japanese gardens in other countries--get a taste of Japanese culture and tradition closer to home. Japanese gardening has reached new heights of sophistication, and serves as garden design and landscaping inspiration all over the world. The Art of the Japanese Garden introduces readers to the history, culture, and design behind these large-scale works of art.

David Young was born in the United States and spent his childhood in Sierra Leone, West Africa. After obtaining his Ph.D. from Stanford University, he taught anthropology at the University of Alberta in Canada until he retired in 1999 and moved to Japan to continue his teaching career. Together with his wife, he has conducted research on Japanese aesthetics for many years. Michiko (Kimura) Young was born in China and raised in Japan. After graduating from Kyoto University of Foreign Studies, she moved to the United States and then to Canada, where she worked for many years in the international affairs office at the University of Alberta. She and husband David co-authored Introduction to Japanese Architecture. The Youngs now live on Gabriola Island off the west coast of Canada. Tan Hong Yew graduated in fine arts from the Kuala Lumpur College of Art, Malaysia. He has contributed to several group exhibitions and books, including Tuttle's The Art of Japanese Architecture and Introduction to Japanese Architecture. He works as a freelance illustrator, specializing in architectural paintings.
Loading...
or support indie stores by buying on