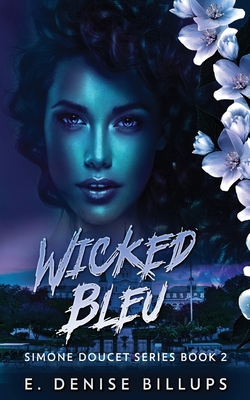 Can a wrong be rectified in death?

Eight months ago, Simone experienced her first spectral encounter. It awakened a dormant second sight and opened a chasm to the afterlife. Now, another spirit from 1917 New Orleans has wandered through that passage, haunting her with an intoxicating jasmine fragrance and wicked antics.

To escape this mysterious ghost, Simone jumps at a seven-day complimentary Mardi Gras hotel package, unaware there might be an ancestral power behind her decision, an identity she grapples with. Is the ghost's name Bleu?

She's a lady of the night who lived a dangerous life in the infamous Storyville. A place lined with mansion-like brothels on the edge of the French Quarter run by unscrupulous madams and frequented by dangerous criminals. WWI is on the horizon, jazz music is burgeoning, and Bleu's life unravels.

Visions of her past and horrific death beset Simone as she explores present-day New Orleans with her three roommates.

But why are the images fragmented? Has Bleu forgotten what happened the stormy night she died? Can Simone uncover Bleu's murderer and reunite her with her loved ones before it's too late?