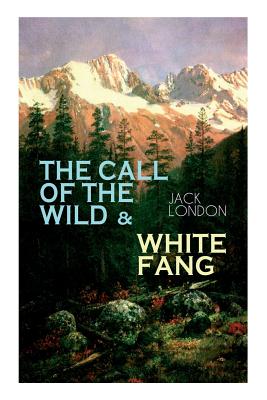 The Call of the Wild & White Fang

Adventure Classics of the American North

The Call of the Wild - A dog named Buck gets stolen from his home in Santa Clara Valley, California, and sold into service as a sled dog in Alaska. He becomes progressively feral in the harsh environment, where he is forced to fight to survive and dominate other dogs. White Fang - A wolf-dog raised in an Indian camp runs away only to face the violent world of wild animals and the equally violent world of humans. White Fang grows to become a savage, callous, morose, solitary, and deadly fighter. The story takes place in Yukon Territory and the Northwest Territories, Canada, during the 1890s Klondike Gold Rush. Jack London (1876-1916) was an American novelist, journalist, and social activist. His amazing life experience also includes being an oyster pirate, railroad hobo, gold prospector, sailor, war correspondent and much more. He wrote adventure novels & sea tales, stories of the Gold Rush, tales of the South Pacific and the San Francisco Bay area - most of which were based on or inspired by his own life experiences.