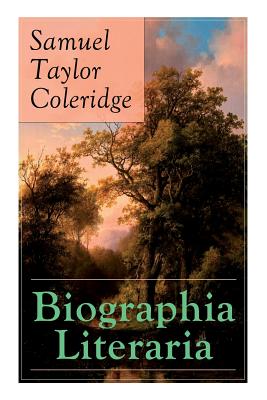 In addition to his poetry, Coleridge also wrote influential piece of literary criticism, Biographia Literaria, a collection of his thoughts and opinions on literature. The work delivered both biographical explanations of the author's life as well as his impressions on literature. The collection also contained an analysis of a broad range of philosophical principles of literature ranging from Aristotle to Immanuel Kant and Schelling and applied them to the poetry of peers such as William Wordsworth. Coleridge's explanations of metaphysical principles were popular topics of discourse in academic communities throughout the 19th and 20th centuries, and T.S. Eliot stated that he believed that Coleridge was "perhaps the greatest of English critics, and in a sense the last." In Biographia Literaria and his poetry, symbols are not merely "objective correlatives" to Coleridge, but instruments for making the universe and personal experience intelligible and spiritually covalent. Samuel Taylor Coleridge (1772 - 1834) was an English poet, literary critic and philosopher who, with his friend William Wordsworth, was a founder of the Romantic Movement in England and a member of the Lake Poets. He wrote the poems The Rime of the Ancient Mariner and Kubla Khan, as well as the major prose work Biographia Literaria. His critical work, especially on Shakespeare, was highly influential, and he helped introduce German idealist philosophy to English-speaking culture. He coined many familiar words and phrases, including suspension of disbelief. He was a major influence on Emerson, and American transcendentalism.