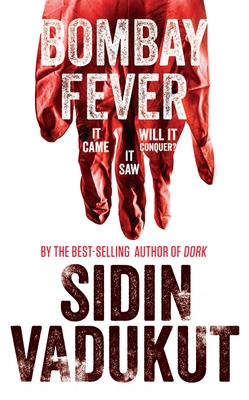 In the bestselling tradition of Richard Preston’s now-classic medical thriller The Hot Zone and reminiscent of the blockbuster films Outbreak and Contagion, a fast-paced, page-turning thriller set in India about a deadly disease and the heroic efforts to contain the plague before it’s too late…

In the courtyard of a Hindu temple in Switzerland, a woman collapses in the arms of a visiting Indian journalist, her body reduced to a puddle of blood. Never before has anyone seen anything like this. Three months later, all over Mumbai, men, women and children are ravaged by a disease that begins with initially mild symptoms—that swiftly progress until an ultimately gruesome death. Who will it hit next? And where did it come from?

As the rogue microbe wreaks its bloody havoc—striking rich and poor, young and old—chaos ensues. Thousands try to flee the city, including the most powerful man in the country. Can this deadly plague be stopped? After all, all that stands between the city and apocalypse is a ragged team of doctors, civil servants, and scientists. But their intervention may be too little, too late.

Suspenseful and gripping from the first page to the last, Bombay Fever is a meticulously researched novel—too plausible to ignore and too chilling to put down—from one of India’s most talented writers.

Sidin Vadukut is an editor, columnist, and foreign correspondent with Mint. His previous books include the bestselling Dork trilogy; The Sceptical Patriot, a collection of essays on Indian history; and The Corpse That Spoke, the true story of a British-Indian family that vanished under mysterious circumstances. He lives in London with his wife and daughter.
or
Not Currently Available for Direct Purchase
Copyright © 2020 American Booksellers Association