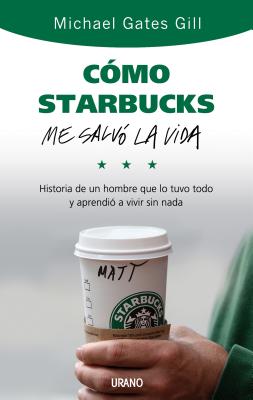 The son of New Yorker writer Brendan Gill grew up meeting the likes of Ezra Pound and Ernest Hemingway. A Yale education led to a job at prestigious J. Walter Thompson Advertising. But at 63, the younger Gill's sweet life has gone sour. Long fired from JWT, his own business is collapsing and an ill-advised affair has resulted in a new son and a divorce. At this low point, and in need of health insurance for a just diagnosed brain tumor, Gill fills out an application for Starbucks and is assigned to the store on 93rd and Broadway in New York City, staffed primarily by African-Americans. Working as a barista, Gill, who is white, gets an education in race relations and the life of a working class Joe . Gill certainly has a story to tell, but his narrative is flooded with saccharine flashbacks, when it could have detailed how his very different, much younger colleagues, especially his endearing 28-year-old manager, Crystal Thompson, came to accept him. The book reads too much like an employee handbook, as Gill details his duties or explains how the company chooses its coffee. Gill's devotion to the superchain has obviously changed his life for the better, but that same devotion makes for a repetitive, unsatisfying read. Photos not seen by PW. (Sept.) Reed Business Information