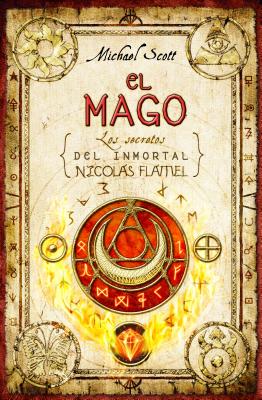 After fleeing Ojai, Nicholas, Sophie, Josh, and Scatty emerge in Paris, the City of Lights. Home for Nicholas Flamel. Only this homecoming is anything but sweet. Perenell is still locked up back in Alcatraz and Paris is teeming with enemies. Nicollo Machiavelli, immortal author and celebrated art collector, is working for Dee. Hes after them, and time is running out for Nicholas and Perenell. For every day spent without the Book of Abraham the Mage, they age one yeartheir magic becoming weaker and their bodies more frail. For Flamel, the Prophesy is becoming more and more clear. Its time for Sophie to learn the second elemental magic: Fire Magic. And theres only one man who can teach it to her: Flamels old student, the Comte de Saint-Germainalchemist, magician, and rock star. Josh and Sophie Newman are the worlds only hopeif they dont turn on each other first.
or
Not Currently Available for Direct Purchase
Copyright © 2020 American Booksellers Association