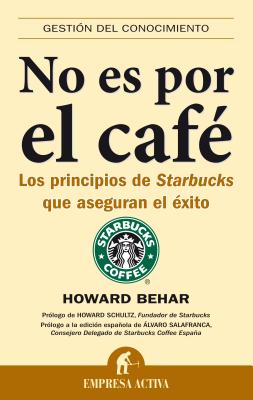 At Starbucks, the coffee has to be excellent, from the sourcing and growing to the roasting and brewing. The vision has to be inspiring and meaningful. Our finances have to be in order. But without people, we have nothing. With people, we have something even bigger than coffee. During his many years as a senior executive at Starbucks, Howard Behar helped establish the Starbucks culture, which stresses the importance of people over profits. He coached hundreds of leaders at every level and helped the company grow into a world-renowned brand. Now he reveals the ten principles that guided his leadershipand not one of them is about coffee. Behar starts with the idea that if you regard employees and customers as human beings, everything else will take care of itself. If you think of your staff as people (not labor costs) they will achieve results beyond what is thought possible. And if you think of your customers as people you serve (not sources of revenue) youll make a deep connection with them, and theyll come back over and over.