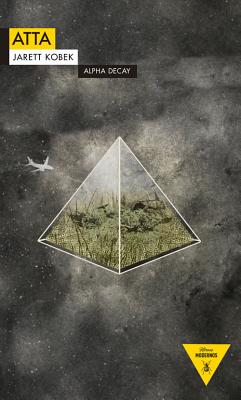 In our society plagued by fear, governments and mass media bombard us with words and images: desert radicals, "rogue states," jihadists, weapons of mass destruction, existential enemies of freedom. There is no understanding of the individual lives that brought about this echo chamber. In the summer of 1999, Mohamed Atta defended his master's thesis that critiqued the introduction of Western-style skyscrapers in the Middle East and called for the return of the "Islamic-Oriental city." Using this event as a departure point, this novel offers a fictionalized biography of Atta that revolves around one question: What if 9/11 was as much an issue of architectural criticism as it was religious terrorism? Kobek details the transition of a socially awkward boy into one of history's greatest villains, demonstrating the need for a new understanding of global terrorism.

Jarett Kobek is a writer whose fiction has been nominated for the Pushcart Prize and anthologized alongside Haruki Murakami and F. X. Toole. He is the author of BTW: A Novel and If You Won't Read, Then Why Should I Write? He lives in Los Angeles.
Loading...
or
Not Currently Available for Direct Purchase