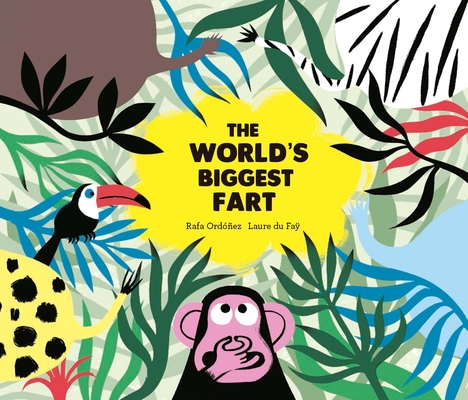 The monkey is gathering all the jungle animals for a farting contest. The hippo, the elephant, a shy giraffe, and a very refined zebra are all competing, but no one can guess who the winner will be.

Rafael Ord ez Cuadrado is a poet and author of picture books, riddles, stories, plays, and recipes. He has published scores of books with some of the most prestigious publishing houses in Spain: fairy tales, riddles, a comic, two plays, a book of tourism stories, and more.

Laure du F y studied illustration in the cole des Arts D coratifs in Strasbourg and lives in Paris. She has published comics in France and Italy, but her main focus is picture books for kids. She has published in the United States, France, Spain, Holland, Switzerland, and China. Her book That's Not Normal was selected by the White Ravens.