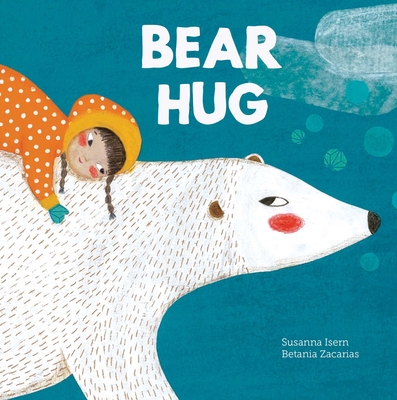 Also available in Spanish as Abrazo de OsoNatuk and White Bear are the very best of friends. But when a terrible catastrophe strikes the village, they might be separated forever.

Susanna Isern has published over 45 books worldwide, translated into over a dozen languages with 10 available in the US and well-reviewed. She has been awarded the Silver Medal in the Moonbeam Children's Book Awards 2013 in the USA and her Bogo the Fox Who Wanted Everything, published by NubeOcho, is a Junior Library Guild Selection. She works as children psychologist and writer. Betania Zacarias is an argentinian illustrator and graphic designer. Her work has been published in Mexico, Spain, England, United Arab Emirates, and Turkey. Her illustrations have been selected for the Bologna International Book Fair Fair (Italy), CJ Picture Books Awards (Korea), and the IV Illustration Ibero-American Catalog (Mexico). She works as an illustrator and a teacher.
Loading...
or
Not Currently Available for Direct Purchase