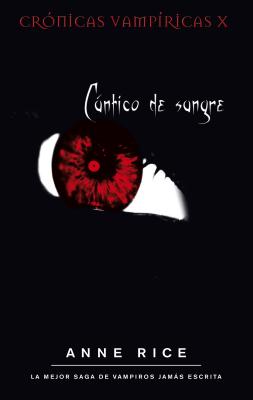 Fiery, fierce, and erotic, Blood Canticle marks the triumphant culmination of Anne Rices bestselling Vampire Chronicles, as Lestat tells his astounding tale of the pleasures and tortures that lie between deaths shadow and immortality Surrounded by its brooding swampscape, Blackwood Farm is alive with the comings and goings of the bewitched and the bewitching. Among them is the ageless vampire Lestat, vainglorious enough to believe that he can become a saint, weak enough to fall impossibly in love. Gripped by his unspeakable desire for the mortal Rowan Mayfair and taking the not so innocent, new-to-the-blood Mona Mayfair under his wing, Lestat braves the wrath of paterfamilias Julien Mayfair and ventures to a private island off the coast of Haiti. There, Saint Lestat will get his chance to slay his dragon. For Mona and the Mayfairs share an explosive, secret blood bond to another deathless species: a five-thousand-year-old race of Taltos, strangers held in the throes of evil itself.