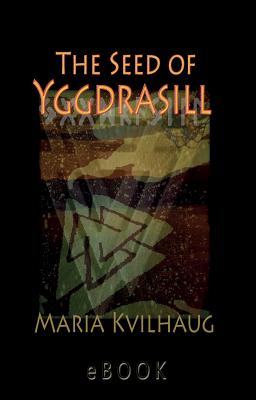 The Seed of Yggdrasill

This is a book long awaited by Mythology fans, Pagans seeking basis for ritual, and by academics interested in the roots of Northern and Western culture. A fresh and exciting view on a very original subject, the 712 page friendly tome is an authoritative peeling back of the layers of secrecy and time. By translating 1500 year old manuscripts, Kvilhaug reveals a startling new perspective of metaphor and ritual within the Old Norse Myths. BBC reviewer Richard Rudgely says: "a valuable work for the student of mythology and essential for those who would revive the Norse traditions.

Maria Kvilhaug graduated from the University of Oslo in 2004 with a degree in Cultural Studies (Old Norse Philology). Previously she studied World History and Philosophy (Norway) and graduated wth a Bachelor of Arts in 2000 (Camberwell College UK). She has written articles and frequently lectures on the subject of Old Norse Mythology. In 2012 she gave a paper at the ARC convention, Bath, UK entitled The Maid with the Mead and lectured at the Mytologifestivalen in Kvinnherad, Norway, 2013. Published works include: The Maiden with the Mead 2009, a lecture series: Hidden Knowledge in Old Norse Myths 2010, and currently, The Seed of Yggdrasill. Her You Tube channel Earth Mythic Library is gaining popularity in new age pagan communities as well as academic interest. Planned publications include a series of Historical fiction works based on the life and times of the sorceress of Oseborg. Kvilhaug lives in Norway and is working toward a PHD Sibyls and Oracles in Greek, Norse and Igbo cultures at the University of Oslo.
Loading...
or
Not Currently Available for Direct Purchase