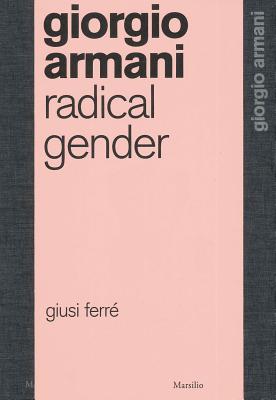 Giorgio Armani is an important new monograph on the Italian designer who changed fashion history. The androgynous look that characterizes many of Armani's collections reflects an exchange between different identities and cultures, resulting in his iconic contemporary style. His designs highlight the qualities of strength in women, just as his menswear collections emphasize a feminine sensuality and tenderness.

This volume includes an incredible collection of images by the most famous photographers who have worked with Armani over the years, including Steven Meisel, Mario Testino, and Annie Leibovitz, among others. The result is a vivid and exciting portrait of our times and of the man who, thanks to his innovative designs, has been able to interpret and even anticipate them.

"Dive into the world of Armani, who changed fashion by emphasizing the essence of strength in a woman's wardrobe."
-THE SOCIETY DIARIES

"Since the launch of his brand in 1975, Armani has challenged and shaped fashion history, becoming Italy’s most successful fashion designer and the regarded pioneer of red carpet fashion. . .Some of fashion’s greatest photographers, including Steven Meisel, Mario Testino and Annie Leibovitz, have produced Armani’s iconic menswear and womenswear campaigns and magazine spreads. Giorgio Armani: Radical Gender, written by Italian fashion journalist and television host Giusi Ferré, compiles the best of these images in a testament to Armani’s innovative and overarching presence through the decades."
-ISSUE MAGAZINE

Giusi Ferrè is a fashion journalist. She writes for the Corriere della Sera women’s weekly supplement Io donna. She is the host of Buccia di banana (Banana Peel), a TV fashion show now in its fourth season in Italy.
Loading...
or support indie stores by buying on